The Lord of Our Rings 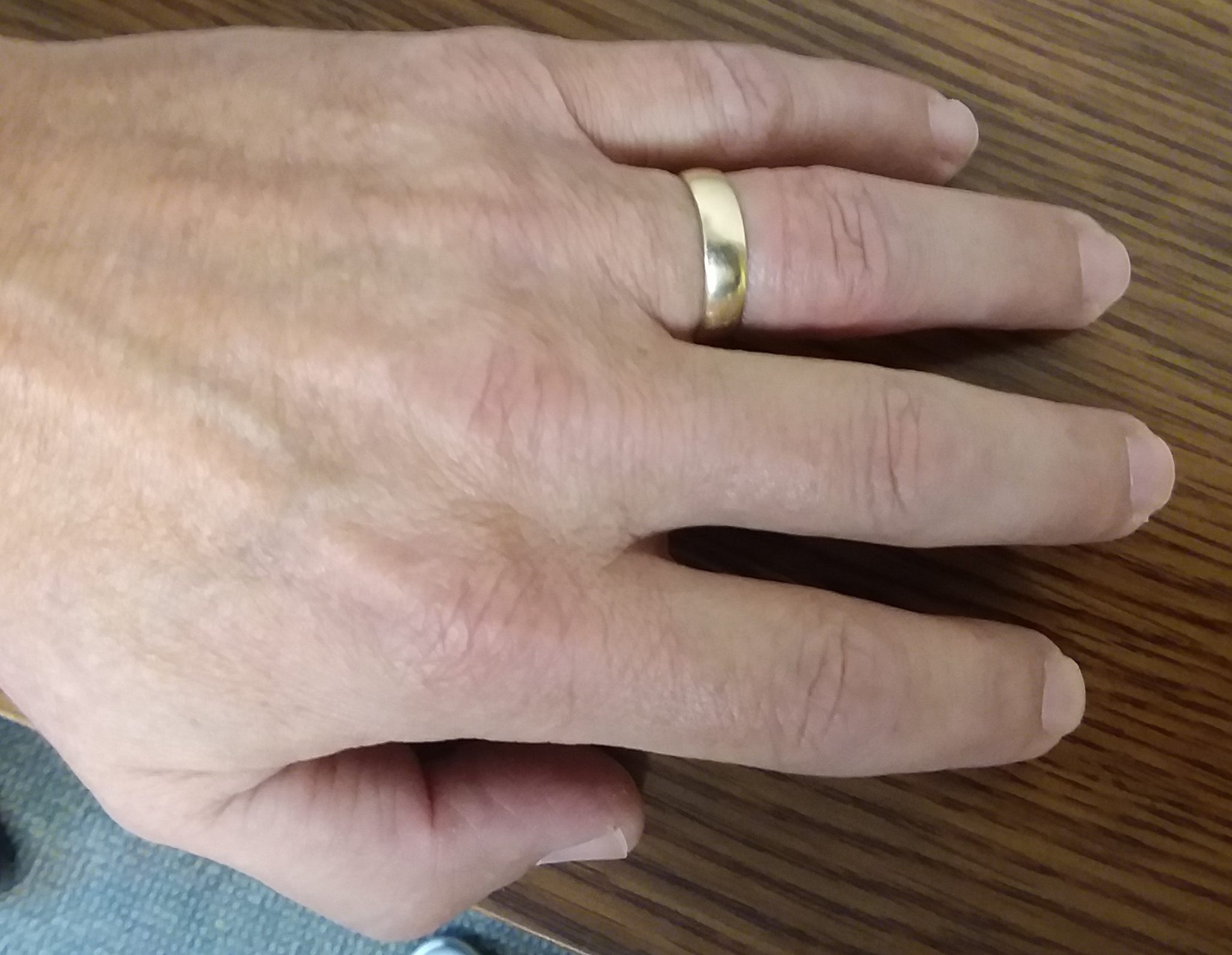 Thirty years ago, as Debbie and I exchanged wedding vows, we gave each other rings as a token of our permanent covenant with one another. The awkward feel of new bands on our fourth fingers reminded us that we belonged to one another, but they soon became comfortable just as we did with one another.

Still, risks and dangers abound. Once while helping my sister clean her Chicago apartment, my ring benignly slipped off my finger in the warm soapy water. If it hadn’t been for the strainer in the sink, I would have lost it forever.

Years later, as Debbie was cleaning our house, she noticed that her diamond was missing. Like the woman who swept her house for her lost coin (Luke 15:8-10), she searched the house from top to bottom, at one point tearing open the vacuum bag. Not giving up, she miraculously found the diamond in the very bottom of the kitchen trash bag. For a number of years after that, she wore the rings without the diamond, but that came to an end when gall bladder surgery demanded their release. Her rings were unwearable after that, and she kept them in a dresser drawer. When we were burglarized, we assumed they had been taken with other items in that drawer. Only several years later did we realize they had been missed by the thief and were still safely tucked away in an envelope.

Truth be told, the rings are of very moderate value. Hers are a somewhat unique but simple set designed with a modest solitaire oval diamond. Mine is a plain gold band purchased at a discount jewelry counter. Yet I never take my band off. Debbie’s desperate search for the diamond bespeaks the value she places on them. Some would call it sentimental, but for us, it is much more. We impute the value of our marriage into them. They mean much more than the market value.

Likewise, there’s nothing special about thirty years of marriage. We know a number of couples whose marriages are close to twice that long. We’ve had children, job changes, challenges, and difficulties along with corresponding joys and delights like many others. Yet, in God’s providence, our rings have remained with us, as a sign of our covenant.

It occurred to me that God imputes value to us, much as we do to our rings. It isn’t that Debbie and I are somehow all that special. Compared to many, our lives have been small and quiet. But because of God’s covenant with us in Jesus Christ, he has sought us out when we were lost, pardoned the brokenness and sin, the nicks and lack of luster, and placed us on his finger never to be removed. All of us who believe are in that same boat – treasured far beyond our market value.

On our 30th anniversary, Debbie and I entered a small family-owned jewelry shop. We were amazed when the jeweler pulled out a ring very similar in design to her original one in which to place her diamond. Only this ring is brighter, cleaner, and showier. Just like that, God will one day place us in a new setting without defect to show us off for who he has made us in Christ.