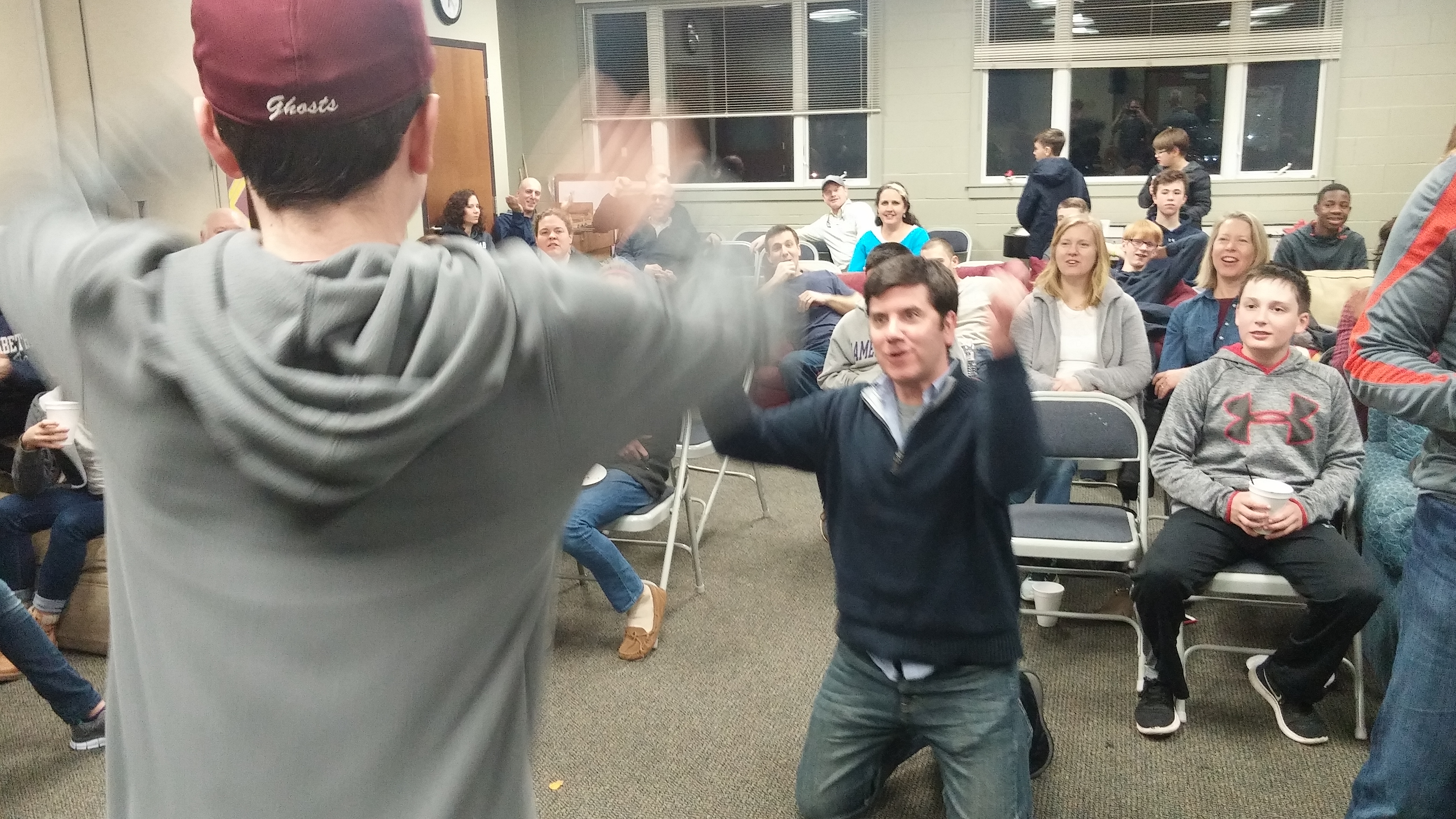 A couple months ago, parents were invited to attend Senior High Youth Group. While the snacks were great, the trivia challenges competitive, and the gym time fun (and also a keen reminder that we parents aren’t as young as we once were), the part that made the biggest impact on me was the short devotion led by Todd Hill.

The passage for the evening was Psalm 127. One of the key verses we talked about was verse 4: “Like arrows in the hands of a warrior are the children of one’s youth” (ESV). While there are many ways to apply this verse to our lives, Todd said the imagery of arrows in a warrior’s hands is similar to parents sending their kids out into the world, into the battleground of life.

This, I think, is an issue parents struggle with and agonize over a great deal. When our children are first born, their needs are generally simple, and their time is spent primarily in our care. But as they age, things quickly become more complicated. Which daycare or school should they attend? When are they old enough to sleep over at a friend’s house? How late can they stay out? What is the right age to give them a cell phone? How far can they drive after getting their license? Knowing how best to send them into the world is a messy business.

Todd emphasized the importance of using wisdom in making these decisions, and he opened the floor to discussion. What happened next was somewhat astounding. Several parents spoke and admitted (in front of their children!) that they don’t have all the answers. They make mistakes. What works for one child doesn’t necessarily work for another. Much of the time, they question their own decisions. Their comments encouraged me.  It is helpful to know others have the same doubts and concerns that I do, and I was reminded of the wisdom other believers have to offer.

This kind of honest transparency can happen only because of the Gospel, which is where the devotion ended. Psalm 127:1 reads, “Unless the Lord builds the house, those who build it labor in vain.” Both parents and children will make mistakes, but there is grace to be found in Jesus. His Father sent him into the world to redeem sinners, and Jesus obeyed the Father perfectly. “And this is eternal life, that they know you, the only true God, and Jesus Christ whom you have sent. I glorified you on earth, having accomplished the work that you gave me to do.” (John 17:3-4) May the Lord grant us grace as we seek to honor him in our families.