The Bond Beyond Our Differences 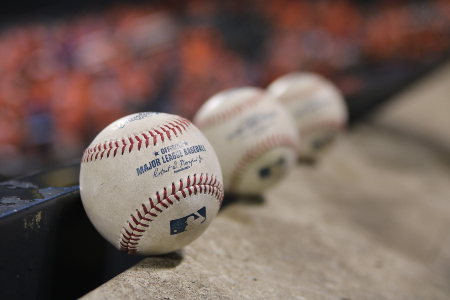 I am not a true Phillies fan.  In fact, I probably have only watched a handful of games since 2010.  However, in the run to their World Series win in 2008, I was a die-hard fan.  I watched every game and knew every player  I will always remember that, due to the extreme generosity of a friend who worked for MLB.com, I had the rare privilege of attending multiple playoff games and one World Series game.  It was amazing!  Still to this day I have issues with my shoulder from swinging the towels over my head as I cheered.  I also remember fondly turning and high-fiving the people on all sides of me.  We did not know each other, but we did know that regardless of who we were, what we did for a living, our political party, or our religious convictions—in that moment, above all else, we wanted the Phillies to win.  And that was enough.  That bond crossed all other barriers so that we could cheer on our team together.

We have walked through a year of polarizing political, social and even church-related differences.  We have all experienced people landing in entirely different “camps” than our own.  This has led to significant tension in all of our hearts.

As he was preparing to go to the cross, Jesus told his disciples that the way the rest of the world would know that they were his followers was by their love for one another (John 13).  He was speaking to a brash fisherman, a despised tax collector, and raucous “sons of thunder”. One of their own would slip away to betray Jesus.  Some were agitated at others for pulling Jesus aside and asking if they could sit on his right and left in the kingdom.  Yet Jesus was reminding them that their shared connection with him should be the most important thing in such a way that they actually should love one another in spite of their differences.  They should be high-fiving one another and giving each other bro hugs around their rescuing Savior in spite of their differences.

I think I will even go one step further.  I actually think that their differences were important.  What is the big deal if a bunch of people that have everything in common love one another?  That proves nothing to the world.  The fact that they had every reason to be in opposition with one another made Jesus’ invitation all the more radical for the surrounding world to see.  If this group of people who are so different love one another, not because they have so much in common, but because the one thing that they do have in common supersedes all of their differences, then that one thing must be amazing!

One of the strengths of NLD in the past has been that we have kept “the main thing the main thing”.  We’ve been shaped so much by our love for Jesus that we do not focus on how we are different. It’s important that we remain different because this provides a profound witness to the world around us.  I would challenge each of our people to not go looking for others who are exactly like themselves, but to remain in relationship with people who are different while loving one another.  What a profound witness to the world around us when those who are politically, racially, even with different religious convictions love one another deeply.   With that kind of love they will know that we must be disciples of an amazing Savior.  “By this all people will know that you are my disciples, if you have love for one another.” John 13:35.