Care for the Little Ones

Care for the Little Ones

Matthew 18:12-14
What do you think? If a man has a hundred sheep, and one of them has gone astray, does he not leave the ninety-nine on the mountains and go in search of the one that went astray?  And if he finds it, truly, I say to you, he rejoices over it more than over the ninety-nine that never went astray.  So it is not the will of my Father who is in heaven that one of these little ones should perish.

Matthew 18:5-6
“Whoever receives one such child in my name receives me, but whoever causes one of these little ones who believe in me to sin,[a] it would be better for him to have a great millstone fastened around his neck and to be drowned in the depth of the sea.” 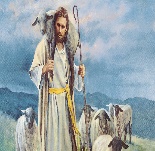 Romans 12:17-19
“Repay no one evil for evil, but give thought to do what is honorable in the sight of all. If possible, so far as it depends on you, live peaceably with all. Beloved, never avenge yourselves, but leave it to the wrath of God, for it is written, “Vengeance is mine, I will repay, says the Lord.”

“Try and think of one who has grievously gone astray; it may be there is one such in your family, or you meet with one such in the course of trade. Think carefully of that one soul, and reflect upon its sin and danger. You would like to pick out a hopeful case, in order that you might feel sure of success. Take another course this time: seek the one which is going astray, and seems hopeless. Follow your Lord’s example, and go after one who is the least likely to be found. Will you try this plan?”
-Charles Spurgeon

James 5:19-20
“My brothers if one of you should wander from the truth and someone should bring him back, remember this: Whoever turns a sinner from the error of his way will save him from death and cover over a multitude of sins.”

“Go after them, for so the shepherd did. He braved the mountain’s slippery side. I do not suppose the shepherd had any greater love for mountain tracks than you have; but up the rough tracks he climbed, for the sheep’s sake. Go after sinners into their poverty and wretchedness, until you find them.”
-Charles Spurgeon