Matthew 13:31-33
31 He put another parable before them, saying, “The kingdom of heaven is like a grain of mustard seed that a man took and sowed in his field. 32 It is the smallest of all seeds, but when it has grown it is larger than all the garden plants and becomes a tree, so that the birds of the air come and make nests in its branches.” 33 He told them another parable. “The kingdom of heaven is like leaven that a woman took and hid in three measures of flour, till it was all leavened.”

Matthew 17:20
For truly, I say to you, if you have faith like a grain of mustard seed, you will say to this mountain, ‘Move from here to there,’ and it will move, and nothing will be impossible for you.

Isaiah 53:2-3
For he grew up before him like a young plant, and like a root out of dry ground; he had no form or majesty that we should look at him, and no beauty that we should desire him. 3 He was despised and rejected by men, a man of sorrows and acquainted with grief; and as one from whom men hide their faces he was despised, and we esteemed him not.

Matthew 13:33   NIV
33 He told them still another parable: “The kingdom of heaven is like yeast that a woman took and mixed into about sixty pounds of flour until it worked all through the dough.” 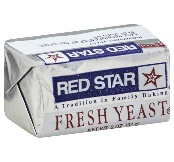 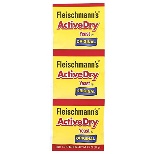 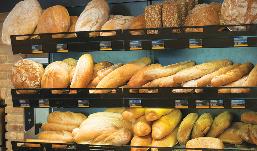 A. SEEK FIRST THE KINGDOM

John 4:35
Do you not say, ‘There are yet four months, then comes the harvest’? Look, I tell you, lift up your eyes, and see that the fields are white for harvest.

B. PRAY FOR KINGDOM GROWTH

Prayer is the coupling of primary and secondary causes.  It is the splicing of our limp wire to the lightning bolt of heaven.
-John Piper

History belongs to the intercessors—those who believe and pray the future into being.
-Walter Wink