Turning Down the Political Heat

Talking About Politics in Church 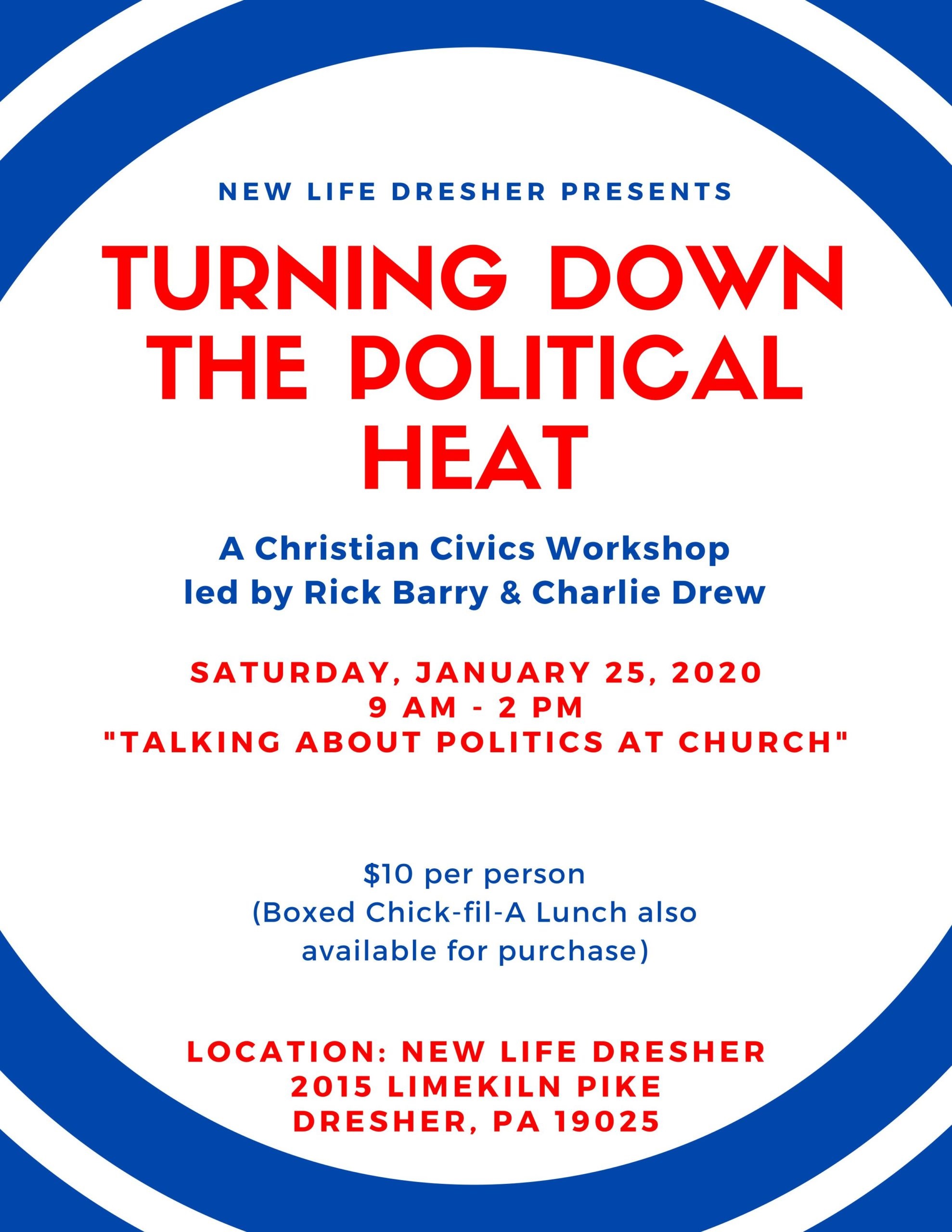 New Life invites you to join us for “Turning Down the Political Heat”, a Christian Civics Workshop led by Rick Barry and Charlie Drew.  The event will take place on Saturday, January 25, 2020 from 9 am-2 pm at New Life Dresher.  The cost is $10 per person, with an optional boxed Chick-fil-A lunch available (an additional $9 for a fried sandwich or $11 for a grilled sandwich).

A graduate of Harvard University, Charlie is on the Executive Board of The Center for Christian Civics. Rev. Drew recently retired from Emmanuel Presbyterian Church in New York City, a ministry with a particular focus on Columbia University, nearby schools, and the local poor. He is the author of several books, including “Surprised by Community: Republicans and Democrats in the Same Pew.” He and his wife Jeannie married in 1972 and have two grown children and four grandchildren. He finds particular pleasure in sailing and music.

As Executive Director of The Center for Christian Civics, Rick helps ministry leaders and faith communities develop missional approaches to their local public squares. He has worked on campaigns for local, state, and federal office, is a former writer and editor for Redeemer Presbyterian Church in New York City and oversaw communications for the Grace DC church network. He and his wife live in Washington DC.