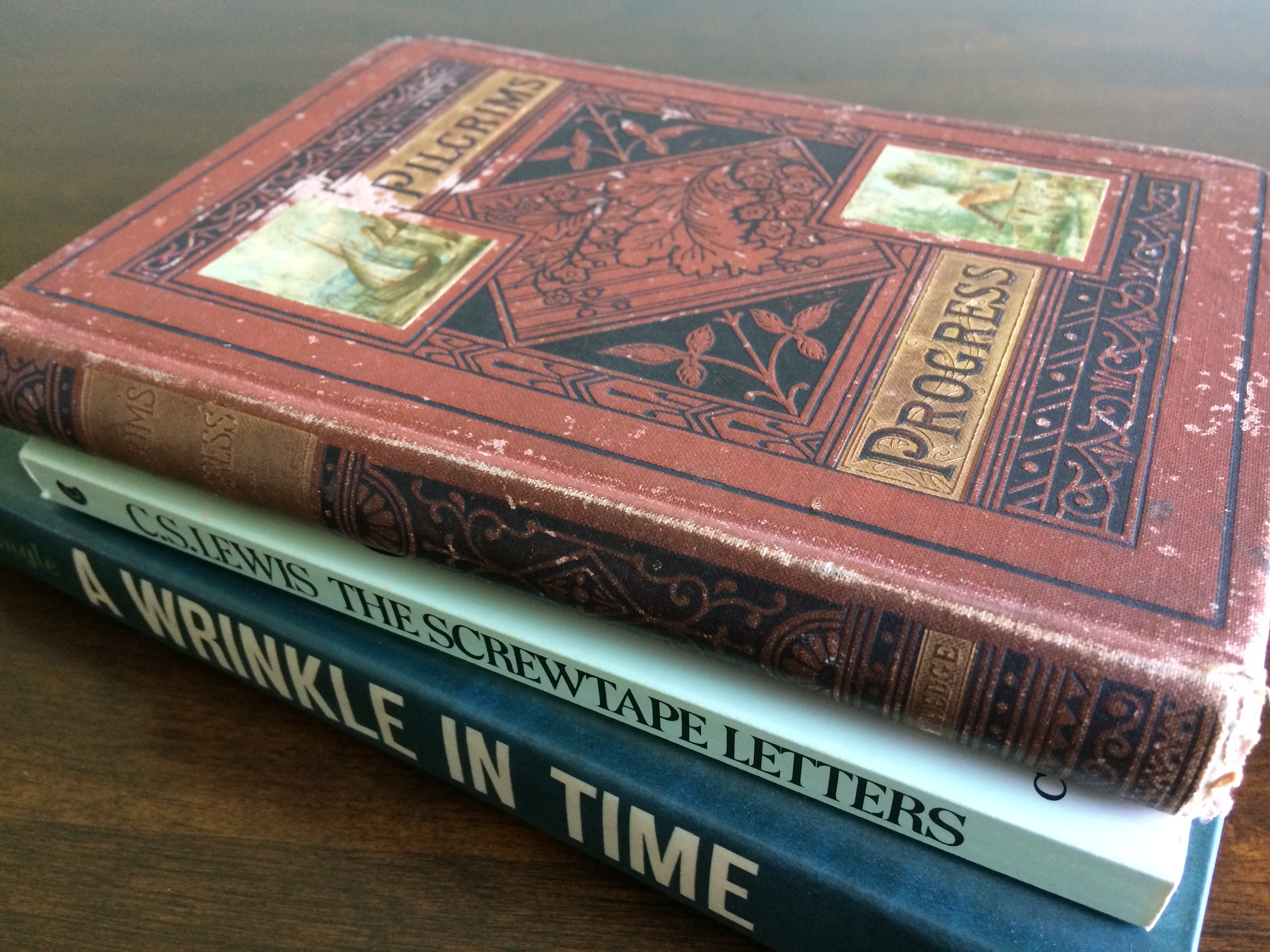 Whether lounging on a sandy beach, sitting lakeside in a comfy Adirondack chair, or chilling on the living room couch, spending time reading a good book is a quintessential summertime activity. Do you remember getting those summer reading lists when you were in school? Well, here are three of my favorite “classics” for you to consider adding to your 2018 summer reading list.

First published in 1678, John Bunyan’s allegorical The Pilgrim’s Progress from This World to That Which Is to Come (yes, that’s the full title!) is a novel every Christian should read at least once. The protagonist, Christian, leaves his home and family in the City of Destruction and journeys toward the Celestial City. Along the way, he meets characters who provide encouragement (the Evangelist, Hopeful) and others who seek to do him harm (Obstinate, Mr. Worldly Wiseman). The entire story, which pictures our journey through life’s struggles and joys, is full of biblical imagery and is a beautiful reminder of how Jesus sustains us, by his Spirit, through our own spiritual pilgrimages. The original version is excellent, of course, but there are some abridged/children’s versions, modern English versions, and even graphic novel versions on the market, too.

The Screwtape Letters, by C. S. Lewis, is one of my favorite works by the twentieth-century Christian apologist. In this novel, first published in 1942, the demon Screwtape writes a series of thirty-one letters to his nephew, Wormwood, about “the patient,” a man whom they are trying to woo away from “the Enemy” (Jesus). It’s a radical twist in thought to consider the Christian experience from this point of view. Some portions might even make you chuckle.  In his third letter, Screwtape writes: “When two humans have lived together for many years, it usually happens that each has tones of voice and expressions of face which are almost unendurably irritating to the other. Work on that.”

Madeleine L’Engle’s A Wrinkle in Time has been popular with both young and adult readers since its publication in 1962. In her Newbery Award acceptance speech (1963), the author said: “I can’t possibly tell you how I came to write it. It was simply a book I had to write. I had no choice. And it was only after it was written that I realized what some of it meant.” I love her honesty and openness about the creative process! The fantasy world revealed as Meg, Charles Wallace, and Calvin encounter Mrs Whatsit, Mrs Who, and Mrs Which captures my imagination every time I read the book. (It was fun to see my younger son similarly intrigued as we read the book together this spring.) Ultimately a rescue story, the themes of redemption, sacrifice, and fighting against evil are sure to resonate with you as you enjoy this unique novel.