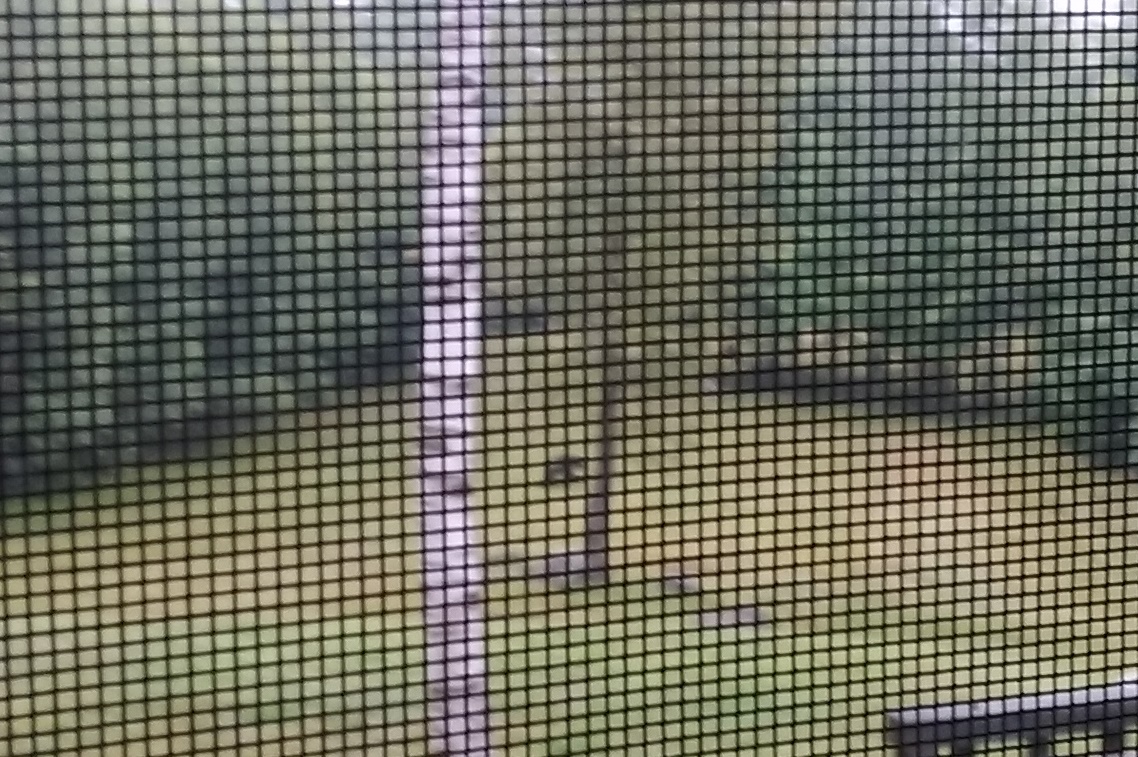 Early one rainy morning this summer, I spotted a bear outside our vacation lodging place. It was cool and still somewhat dark and I found myself torn between waking Debbie up so she could see the bear, or letting her get the extra rest that we both longed for. The bear kept moving closer to the cabin, at one point disappearing into some bushes, presumably for a berry breakfast, but then reappearing closer than ever. At one point, she even sat on her bottom in the grass and looked around. Meanwhile the debate continued inside my head. “Will Debbie be disappointed at having missed the bear, or thankful for some extra sleep?” After all, we would be there five more days.

And then it hit this aging Luddite: maybe I could take a picture with my smartphone! Lunging to pick it up (knowing that it would take me several seconds to figure out the camera under pressure), I looked through one set of windows and realized I didn’t have a clear shot. So I moved to the next set and there she was, now getting up and beginning to walk across the open yard, but moving further away. I raised the camera and took the shot. Then not trusting myself, I made sure to take another shot.

I was so proud of myself. I hadn’t let this moment pass! Debbie could sleep and still see the bear! Or so I thought until I looked at the pictures.

The thing about automatic focus is that it tends to focus on what it runs into first. In this case, the camera decided that I wanted an excellent shot of the window screen. I couldn’t believe the definition. It really was the best “screen shot” I have ever seen. But the bear managed to be an unfocused blob in the back – even as I magnified the picture.

Yet it wasn’t all for naught. As I sat there contemplating my rather inept attempt to photograph the bear, I also realized that so often in my own life I focus on the things right in front of me, and lose focus on the things that are important. I am prone to irritation or frustration with what is hindering me from checking my mental task list. I lose sight of what God is doing behind “my present” for his eternal redemptive plan – not only beyond me, but even what he is doing in me with the “hindering circumstances.”

Fortunately, the slow pace of vacation allowed the Spirit to prompt my thoughts in that direction in that moment – and I laughed at myself. Unfortunately, Debbie missed the bear.