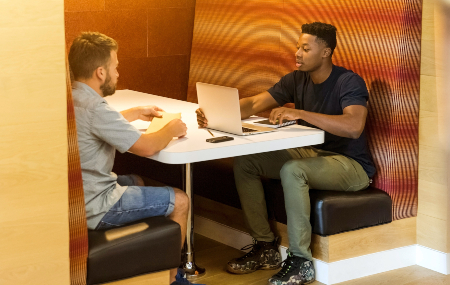 I grew up in a small farming community.  My parents taught us not to be prejudiced against people of color, but we had little practice.  I believe there were only two African American families in our school district.  In my childhood years I remember asking my father whether Martin Luther King Jr was a good or bad person.  Despite being a man who struggled with protests, I give him credit for affirming he believed in the ideals Dr. King was teaching.

None of that means that we were completely free of racism underneath it all.  I certainly did not understand the black experience of living in America and really didn’t give it much thought.  For a brief 15 months when I took time off from school, I lived on a block in West Philly where only two households were not African American.  Our household was a mix of three white guys, an Eritrean who fled persecution when his father fell out of favor there, and a Vietnamese man who paid an enormous price to board a rickety boat that wrecked at sea as he fled his home country.  Our next-door neighbor worked with Philadelphia Gas Works, had three sets of twins (yes, truly!) and owned piranhas in a tank.  We were friendly, but I never asked him what it was like to be a black man in America—nor did I stick my finger in his tank!  Both may have been dangerous.

I didn’t realize until recently that his experience was probably more similar to the refugee experience of our household roommates than my experience as a white man in America.  Part of my growth recently was due to reading the book The Warmth of Other Suns, which describes the causes and consequences of the mass migration in the 20th century of many African American families out of the South to Northern cities and to the West.  Conditions in the South caused many to flee death and worse, but the North was no paradise.  Even among immigrants from other countries, black people found themselves at the bottom of the pile.  The book highlighted for me just how radical the 1964 Civil Rights Act was.

All of this has made me wonder if the common experience of persecuted and martyred believers for centuries around the world since the crucifixion of Christ is probably more like the black experience in America than the safe white Christian experience we have in our suburban churches.

I do know that biblically, believers cannot be complicit with the idea that the image of God can be determined in any way by the color of skin or cultural differences. Loving our neighbors is active just like the Good Samaritan who crossed all kinds of religious and racial boundaries to look after the welfare of another.  And there are systemic forms of sin that need to be addressed in the same way that Jesus addressed systemic sin assumed and endorsed by the Pharisees and Sadducees.

I hope that we can learn to empathize as we listen.  Recently an NLD staff member recommended this blog from The Gospel Coalition that might move us a step closer to understanding.  I invite you to listen as you read.