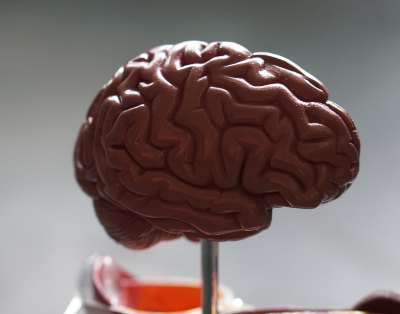 Have you been intimately engaging your frontal lobe lately?  (Before I go any further, I apologize to all medical and scientific people out there who have far greater knowledge of the human brain.  Please excuse my blunders.  Now, back to your lobe 🙂  At a conference some years ago I learned a clever little visual of the brain using your hand as a model.  I also learned you can use this visual to simulate “Flipping your Lid” (Google it!), which basically means operating from the survival/emotion part of our brain instead of the reasoning part—our frontal lobe.  A few days ago I realized I am ‘flipping’ a lot!

I have been using a devotional for Lent entitled To Seek and To Save.  It is a compilation of writings by Sinclair Ferguson based on interactions Jesus has with different people as He journeys toward Jerusalem.  For the first few weeks I enjoyed the reading, the questions and the insights.  This week, that changed.  As I began reading the stories of Jesus as he draws closer to Jerusalem for the last time, I began feeling dread.  There was an awful sense of something terrible coming and it made me anxious, uncomfortable; I didn’t want to read it.

In the midst of this, I realized that is how I am living right now with the Coronavirus. I have a sense that something terrible is ahead, and it is almost totally out of my control.  Whether it is from reality or too much media, the dark anticipation is there.  And try as I might not to do so, I “flip”.  Sometimes, my flips are along the lines of impatience or worse, but the flip that is most apparent is an anxious heart, no matter how good I become at hiding it.

Which takes me back to Jesus. In Gethsemane, He too had an acute sense of foreboding, on a scale I can’t even begin to imagine (Matthew 26:36-42).  How would I feel if I knew what lay ahead was abandonment by God the Father . . . total darkness, because the Light of the World had removed Himself from me?  Again, I don’t want to think about it.  And yet, Jesus chose to walk into this blackness, frontal lobe fully functioning, for me.

I realized another thing, though—at the end of that darkness lay unfathomable light.  Even so, the glory of the resurrection could never exist without the darkness of the Cross.  While Jesus may have had dread and even despair because of what lay ahead, he was able to endure because he also knew His Father and the end of the story (Hebrews 12:2).  John Stott once wrote, “It is the mind’s knowledge by which the heart’s doubts may be silenced”.  As we move toward Good Friday, and continue in the uncertainty of a pandemic, may we rest in the knowledge of the resurrection and that our Heavenly Father is still on the Throne, and seated beside Him is the One who intimately understands our tendency to “flip”.