Based on a True Story 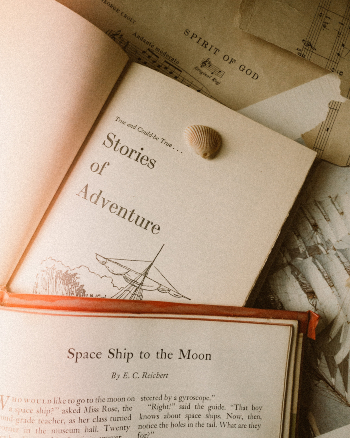 I don’t know about you, but the Shopes can be easily persuaded to watch a movie “based on a true story.”  It sounds authentic, real.  On the other hand, there probably should be some sort of rating system that tells you how close the actual story is to the movie’s story.  Frequently when you “google” the event, there’s a love interest who doesn’t exist, an imagined crisis, or the story is out of order.  “Based on a true story” might not be so authentic after all.

When I was younger and more naïve about myself, I used to think I had a pretty good story. At times I would even imagine what sort of music would be playing in the background or how to move the story along.  Of course, part of the appeal of this movie was that I would get to tell it on my terms, editing it in the way that I wanted.  To top it off, I would be the star—of course played by someone else with more rugged good looks.

While not everyone has aspirations to appear on the silver screen, we all struggle to tell our stories.  We are extremely empathetic to our own weaknesses, often play up our victimization by circumstances (and by others), and are “forgetful” of all the things that show the darker side of our motives and actions.  Every editor knows what to cut out or downplay to sell the story, and we are practiced salespeople when it comes to our own stories.

Of course, other people also want to tell our stories.  Sometimes we call that gossip.  Sometimes we are the villains of their story.  While a really good friend often is a co-conspirator in our pleasing fiction, others are less infatuated with us and may know our sins better than we.  So how loosely do any of us base our stories on truth?

Our current sermon series on the story of the Bible is a corrective to any of the stories we want to tell about ourselves—or others, for that matter.  While it traces our pedigree to God’s magnificent and creative power, it also chronicles our fall and the addictive nature with which we share our stories our way.  Adam and Eve’s fig (fib?) telling when God confronts them in Eden is just the beginning to the far more sophisticated hiding and blaming we participate in today.  Even the longing to have our story told—by us and others—is probably a symptom of the habitual self-idolatry we suffer from.

After all, our story is a bit role in God’s story.  And so it should be.  He is the one who creates, redeems, and provides a hope for the future for us and our world.  If He uses us to reveal part of His story, it is a privilege and honor.  The fact that God in Jesus would come to the earth to give us a permanent role in His story is an ultimate grace and should make me quick to tell His story and forgetful of my own.  My real story is based on His True story and only He can tell it faithfully.

10 But by the grace of God I am what I am, and his grace toward me was not in vain. On the contrary, I worked harder than any of them, though it was not I, but the grace of God that is with me.   (1 Corinthians 15:10)