A Testimony Regarding Discipleship Au Naturelle 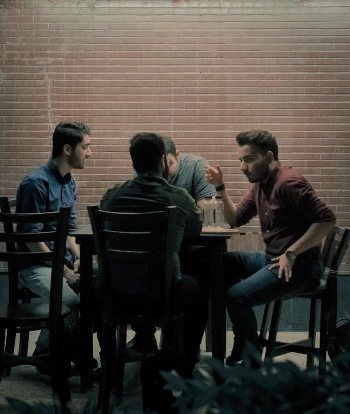 I grew up in a family where my parents took us to worship and Sunday School every week. Yet, other than dinner grace prayers that we learned from rote (5 children had 5 different rote prayers), I don’t remember talking much with my parents about Jesus. Faith was private—even for us as children.

Yet for all that, God’s grace was not without effect in my life. Uniquely for me among my siblings, I never struggled to believe God was intricately involved in my life. When I read the gospel of Luke in my seventh-grade confirmation class, I simply believed it. I began to pray for the salvation of my friends, never even considering that at some point I must have passed from spiritual death to spiritual life. As a freshman in high school, I remember realizing one afternoon that I could not think about life as if God did not exist. I was willingly or unwillingly captured by the Spirit of God and could believe no other alternative.

Yet I had much growing to do. My freshman year in college I met a group of guys (sophomores mostly) who took a personal interest in me. One of them invited me to read the book of Isaiah with him. While I had quietly developed a habit of reading the Bible privately, I had never even considered reading with someone else. It revolutionized my faith and the scriptures came alive. My sophomore year, I moved in with them, and developed lifelong relationships grounded primarily in faith.

College life can be “utopian” like this in some ways: just us and our studies and our friends. We were making few life-altering decisions. The hard work of marriage, making a living, raising children, and integrating life into a very complex and sometimes faith-rejecting world was still ahead of us. Still, I don’t think I could have ever been who I am today—if I am anything at all from God’s perspective—apart from the providential working of God gathering six young men together who were, as a group, simply trying to live by faith. None of that felt strange or weird or foreign. It was as natural as breathing and eating.

In many ways, Debbie was moving through a similar experience in college. When we married, we wanted our marriage to mean more together for Christ’s kingdom than our individual lives would be apart. As our children began to fill out our nuclear community, only God can judge whether that has been true. As partners and parents in life, developing community within our family circle has been far more complicated. Decisions have bigger consequences, are often less clear, and life is not easily as harmonious in the tedium and challenges of life in a larger world. But what we learned in college about community has been a foundation we’ve built on as we’ve sought to disciple our children, belong to Christ’s body in the church, and seek to see God glorified in the world. More than that, we’ve been given a vision of what future grace looks like when Christ returns. And that urges us on to serve him now.