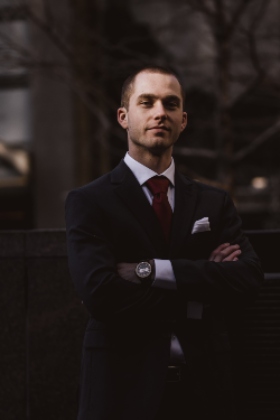 8 Jesus Christ is the same yesterday and today and forever. (Heb 13:8)

A number of years before we came to New Life, I was part of a work team whose leader resigned.  As a result, the leadership above us decided to make me the new leader even though I had less experience than any others on the team.  The decision was not popular with the team, and it played out that way.  They did nothing to help me succeed, and I did nothing to change their minds about my leadership.  After a year-and-a-half of frustration and futility, I was invited to take a different position in the organization and left them behind.

But as God would have it, with a short respite of a year or so, and through neither my agency nor theirs, I was assigned to be their direct leader again, this time remotely.  I don’t know how they greeted this providential turn of events, but I do know about this time they needed my help on something they couldn’t do on their own—and I was eager to serve them.  The partnership worked and several years later on a visit, I was invited to stay in a team member’s home and did so as a friend and brother in Christ.

I can’t say that I don’t remember the pain of that year-and-a-half.  It was hard.  My response to their lack of support showed me to be self-protective, controlling, and quick to take offense.  But there was room in God’s grace to give us another opportunity, and where human effort had led to failure, God’s mercy proved to be greater.

Our relationships with all kinds of people change: the power dynamics, the roles we play, the resources for making them work.  For me in this team, I progressed from learner to peer, to leader, to coworker again and then leader again.  Now I am simply a distant friend as we operate in different orbs.

Other relationships also fluctuate.  Our children depend on us for literally everything at the beginning.  Then we serve as trainers in life, instructors, disciplers, and if God grants it: advisors, confidants, and brothers and sisters in the Lord, even sharers in helping the next generation along.

But while the roles and power of human relationships always ebb and flow, the divine relationship remains stable—at least from His end.  He is always the Powerful One, Wisdom for us,  King and Ruler.  He does nothing to make this happen.  It isn’t because he is ambitious or earns his leadership. Nor does He need our support.  He simply is all these things as Holy God.

And yet despite this absolute power he holds, he chooses in Jesus to become peer, servant, and despised sacrificial lamb.  His character of love, sense of justice, and unabated desire for relationship with us remains stable through all of our days and in all of his roles.  And the only change in our relationship with him comes as we willingly acknowledge Him for who he is as we confess our bad leadership of our own lives.  Our role moves from rebel to follower, child, intimate friend, and one day, co-heir of all he has.